Graphic design is the job of creating illustrations, typography, photography or motion graphics. When talking about graphic designers, many people think that they must be an expert in drawing. So, who are the Indonesian graphic designers whose works go international? Check out the following article: Henricus Kusbiantoro is a logo designer who was born in Bandung in 1973. He had his basic education in design at Trisakti University, Jakarta (1992) before finally deciding to pursue graphic design in Fine Arts, Institut Teknologi Bandung (ITB). This man who graduated from ITB became the world’s top Indonesian graphic designer. He has designed several famous logos such as The Emmy Award, Japan Airlines, and the Food Network Channel. He also briefly studied at the Pratt Institute, Brooklyn, New York and graduated in 2002. Currently, Henri is the Creative Director or Design Director at FutureBrand New York, The Interpublic Group. Rini Sugianto is an animator who was born on January 3, 1980. Her profession started when she continued her studies at Parahyangan University, Bandung. After graduating, she continued her studies at the American Academy of Art University, where she studied animation and visual effects. Many things she got while continuing her studies in America. Finally, she got a lot of work and was successfully chosen by the Avengers to make animation. Currently, Rini works at Industrial Light & Magic in San Francisco and has worked on several well-known projects such as The Adventure of Tintin, The Avengers, Ironman 2 and Teenage Mutant Ninja Turtle (TMNT). Andre Surya is a visual effects artist who graduated in Visual Communication Design at Tarumanegara University and was born on October 1, 1984. Andre is the only digital artist from Indonesia who works at Light and Magic Lucasfilm. Andre has also been involved in making famous films such as Ironman and Transformer. Now Andre’s name is increasingly recognized in the animated film circles. He also opened a school in West Jakarta called Enspire School of Digital Art. Marsha Chikita is an animator who was born on January 28, 1989. She is a woman who has won the hearts of a famous production house in the neighbouring country, namely Les’Copaque Production. Initially, she was just an intern at Les’Copaque Production. In 2010 she was hired as a permanent employee at the production house. She is the one who makes various animations of Upin and Ipin which are popular in Indonesia. From there she learned a lot about animation and now she is preparing an animation entitled Goceks which tells the story of children playing soccer on the street. 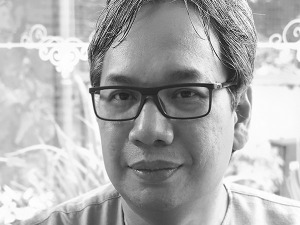 Danton Sihombing is a graphic designer who was born in Jakarta on November 5, 1968. He is an Indonesian graphic designer who holds a master’s degree from the Savannah College of Art and Design (SCAD). His name is familiar to Americans because he has worked with various large and well-known companies. He also founded Inkara Brand Consulting in 2000. A company engaged in consulting on corporate branding. Gilang Bogy is a student from Solo who has succeeded in designing the faces of German players using the WPAP (Wedha’s Pop Art Portrait) technique. The design is displayed in a Coca-Cola can packaging. He has been pursuing Wedha’s Pop Art Portrait (WPAP) since 2013 and is very fond of the German National Team. Meisal Subkhan is a man from Magelang, Central Java who won the logo contest of world freelancers 99designs.com. The logo design that he created beats many contestants or other world logo designers. Meisal started his career as a freelance designer on the 99designs website in 2012. He has never attended a design school before and only studied self-taught. He hones his skills by learning from the work of others. 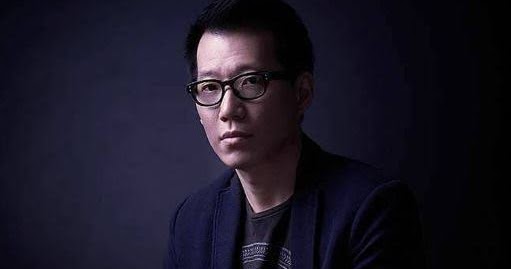 Christiawan Lie is an illustrator who was born in Solo on September 5, 1974. He and Caravan Studio created the characters and packaging designs for the GI Joe action figure from the international company Hasbro, the well-known Caravan Studio he founded. and familiar with the world of toy design, comics, illustration and concept art. Hasbro is one of the clients of Caravan Studio, as well as many other big world companies who are clients such as Capcom, LEGO, Mattel and so on. Yolanda Santosa is a graphic designer born in Jakarta in February 1978. She has been nominated for 3 consecutive years for The Emmy Award and was awarded the Graphic Design USA 2006. She started to pursue graphic design when majored in motion graphic design and branding at the Art Center College of Design in the city of Los Angeles. After graduating from the university she was accepted at one of the big companies in America called yU+co. It was in this graphic design company that her name became known and trusted to handle Hollywood’s famous movies and TV series. Bayu Santosa is a graphic designer born in Sleman on September 16, 1994. He has won an album contest for an international band, Maroon 5. He also graduated from the Indonesian Art Institute (ISI) Yogyakarta majoring in Communication Design. Visual Arts Faculty. Melissa Sunjaya is the graphic artist behind the brand “Tulisan” which was born in Jakarta in 1974. She has worked in several large graphic design companies in California such as CMg Design Inc., PhD, and Siegel & Gale Los Angeles. He is also a graphic design graduate from Trisakti.

Those are 12 Indonesian graphic designers whose work went international. To be someone famous in the world for your work, you must continue to learn and create something new. The more diligent you learn and practice, the greater the opportunities that will come.