The Beginning of the Internet

Function and benefit of the internet itself is used as information media, communication device, also education, economic, and entertainment facility.

Internet is a computer network built by the US Defence Department in 1969 by ARPA project which developing ARPANET (Advanced Research Project Agency Network) by UNIX based hardware and software. The software and hardware used to military matter. US Department of Defence makes network system that spread in vital regions to solve nuclear attack problem and makes network system to help when the war declared.

In the start, ARPANET only connects 4 sites are Stanford Research Institute, The University of California, Santa Barbara and the University of Utah. They form a united network in 1969. ARPANET is introduced in October 1972. Then ARPANET is going to develop well around the world. All universities in a country want to join, so ARPANET gets difficult to manage. Because of that, ARPANET parted in two. They are “MILNET” for military matters and “ARPANET” for non-military like a university.

Combination of both networks known as “DARPA Internet” and be simply to the internet. Some facilities can be enjoyed by the user such as: WWW is the most famous internet service and fastest in technology development. The service using a hypertext link contains voice, image, animation, text, and software program. User can see WWW (World Wide Web) from the browser.

Now, email not only contains text but also can attach graphic, image, picture, voice, and animation. Even now email still can be received although the user is offline.

Telnet is a service to access computer remotely located in a different place.

Gopher is a based-text program used to browse internet menu at Gopher’s server. The benefit of Gopher is a user doesn’t need to know computer address to access.

Chatting is used to talk by text through the internet network.

The function of browsing is for showing the website to searching for information. Programs can use such as Internet Explorer, Mozilla Firefox, Opera, and Google Chrome. 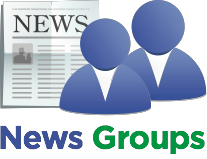 The newsgroup is the facility to long-distance discussion usage. Users can give opinion and response through the internet.