YouTube is a video sharing site that is used to upload, watch, and share videos by its users. YouTube was created by Chad Hurley, Steve Chen and Jawed Karim in February 2005. It has a headquarters in San Bruno, California.

YouTube was established in 2005 by Chand Hurley, Steve Chen and Jawed Karim. They are former workers of PayPal. Ideas for making YouTube came from Chand Hurley and Steve Chene when they have difficulty sharing dinner party videos in Chen’s apartment in San Fransisco. 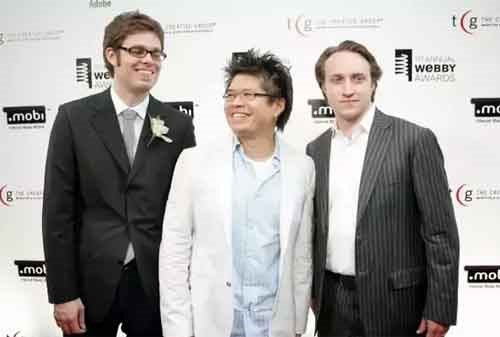 YouTube’s first headquarter was in a Pizzeria and Japanese restaurant in San Mateo, California. At the time, YouTube began as a technology startup that was funded by USD11.5 billion worth of investment from Sequoia Capital from November 2005 to April 2006. The domain name of YouTube, www.youtube.com began to be active on 14 February 2005 and developed in the following months.

The first video on YouTube is a video uploaded by Jawed Karim titled Me at the zoo. The video was uploaded on 23rd April 2005 and still exists now. YouTube growth was increasing in July 2006. The platform announced that every day they received more than 65.000 videos and got more than 100 billion views each day. As a primary online video provider in the United States, YouTube has a 43% market share and gets 800 billion unique visitors every month.

The choice of the YouTube domain name www.youtube.com had a problem with a site with a similar name, namely www.utube.com. The owner of this site sued YouTube in November 2006 after the site was flooded with visitors who want to look for YouTube. Because of it, the site changed its name became www.utubeonline.com.

In October 2006, Google Inc announced the YouTube acquisition at USD1.65 billion in stock which was approved on November 13, 2006. The average YouTube visitor spent 15 minutes watching videos a day while Americans spent from 4 to 5 hours a day watching television.

YouTube partnered on marketing and advertising in June 2006 with NBC. Then, in November 2008, YouTube made an agreement with MGM, Lions Gate Entertainment, and CBS to allow them to upload full-length films and television episodes as well as special ad boxes on the site.

In January 2010, YouTube introduced an online film rent service that was available for users in the United States, Canada, and Great Britain and offered more than 6,000 films.

On 31th Maret 2010, YouTube launched its new site design to simplify the interface and increase the time visitors spent on this site. Mei 2010, YouTube announced that it was serving 2 billion more videos per day.

In Mei 2011, YouTube announced that the site receives over 3 billion visits per day and in January 2012, the number rose to 4 billion per day.

In November 2011, Google+ merged directly with YouTube and Web Chrome, so videos from YouTube can be watched on Google+ and Web Chrome.