Essential Software a Motion Graphic Designer Should Have The first software that you must install to become a motion graphic designer is adobe premiere. The main function of this software is for video editing, in addition, Adobe Premiere also works for motion graphics for cutting scenes from raw files, color grading, uniting scenes, uniting audio and visuals into videos with the right composition including adding sound effects, as well as for rendering at the final stage. Besides being useful as a photo editing software, Adobe Photoshop is also useful for creating objects, creating graphics, and editing images including removing backgrounds if not needed. In the early stages, Adobe Photoshop can also be used to create storyboards. This software is most in demand in graphic designers, especially those who are still beginners because here you can freely change the shape of any vector you make and change it with “motion tweening” or the way someone makes movements by simply framing objects from one point of the frame to another.

One of the Adobe products used to create other motion graphics is Adobe After Effects. You can compose objects and animate them per-scene or per-sequence.

The advantage of Adobe After Effects besides being the most popular and easy to use is its very complete color correction plug-in. Maxon Cinema 4D is one of the software that you can use to create 3D models in the form of animation and 3D text. Although it is not as popular as previous software, it never hurts if you also use this software to hone your design skills. 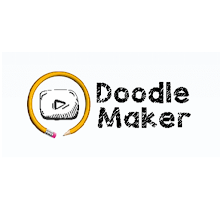 Doodle Maker is the first doodle video creation application that already uses AI technology so it makes it easier for anyone to make doodle videos even for those of you who don’t have experience making doodles before. In addition to these advantages, Doodle Maker also includes applications with low costs. Reporting to Wikipedia, GNU Image Manipulation Program or better known as GIMP is software for raster-based graphic manipulation. GIMP is an open-source application for processing Bitmap graphics. GIMP can be used to create graphics and logos, change the resolution and crop of photos, change colors, combine various kinds of images or convert various types of image files. So you have downloaded blender but don’t know where to get amazing models or pre-made environments. You can try das 3d and download the bridge for Blender. A bridge is a cross-platform port that converts 3d assets. In this case, amazing DAZ content brings it to another software complete with rigging, textures, and other studio modifications. In addition to applications and software, there is also a site that provides tools to make motion graphics easy to access, namely Jitter Video. Features that can be used in Jitter Video are text animation, animation presets, custom animation, Figma, video, and gift export. With these fairly complete features, this site is much loved by motion graphic designers.

The more software you are good at, the easier it will be for you to get your work done. The key is to never get bored with learning and keep trying new things. Hope it helps.